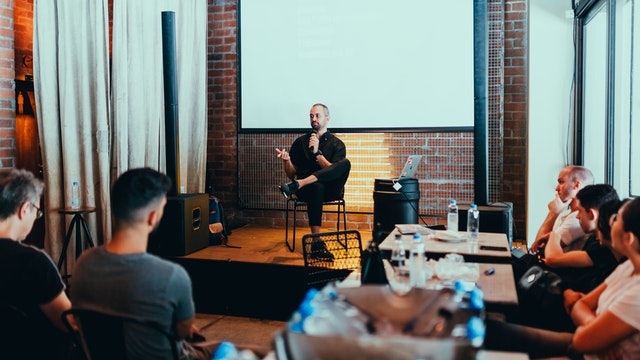 The Power of Communication to Build Trust

Last May, my sons club soccer team split off from the large select teams in North Texas and his coach formed their own club, North Texas United FC.  When they began to look for a corporate sponsor, we eagerly volunteered for this role. It is great marketing for our firm and, most importantly, it is great to be able to sponsor a new venture and, even more specifically, my son.  Their coach, Luis Hernandez, is a great coach but, more importantly, a great teacher. I told Luis after our first season on his team that we will go to any team…as long as he is my son’s coach.  I trust Luis unconditionally.  Over the next year, the team began to trust their Coach and vice-versa.

The core of the 2007 Boys team has been together for three plus years.  Out of the 13 boys on the team, nine of the boys have been together for two and a half years.  With boys at this age, relationships develop uniquely.  Kids find other kids they have in common with and niches tend to develop.  This was true with this group of kids.  However, the niches were never to a point that it disturbed the team’s progress.  Were there significant growing pains?  Oh yes, and they were quite massive at times.  Significant lack of communication, lack of trust, lack of confidence…. lack of most everything.  This past November, the boys were wrapping up the fall part of the Plano Premier League Division I season and took a 2-1 lead late against a very pesky team.  Within the last five minutes of the game, two defensive mistakes powered the opponents to a 3-2 win.  The coaching staff, the parents and the players were mystified as to how to right this ship.

In early December, the team played in their first out of town tournament in Austin.  The team drove down at different times Friday, ready to take on their first opponent Saturday morning.  They won their first game in dominant fashion, 4-1.  The energy level was immense and I noticed something a little new…. communication!  Any observer could see a heightened level of effort, better passing and you could hear the boys communicating.  Game two that afternoon was another big win.

Saturday night, the team went out to Plucker’s for dinner.  All the kids…. all the parents.  It was a loud, wild night but man everyone had a good time.  What you did notice is that the kids, even though they knew each other pretty well, got to spend some real quality time together.  Not sure if everything changed that evening but you could definitely sense something was amiss.  Sunday morning, another big win.

The championship game that afternoon was a 5-1 route…it was never in doubt.  The kids rolled into the holidays with their first tournament win.  They won their indoor soccer league and rolled into the second half of Premier League with confidence.  They started the spring with a 4-4-1 record and in 12thplace out of 20 teams.  The first game was a letdown…they reverted back to their old ways.  Up 3-1, they let a lead go in the last ten minutes.  3-3 final.

Game two was against the second best team in the league.  Due to spring break, three starters were out and only nine players were at the game. I know I thought to myself that if they can escape with a 0-0 tie, that would be a huge success.  My son Caleb had to play left fullback the entire game to make up for the absent players.  The team was exposed but the effort level was amazing.  The kids got a goal midway through the first half and went to halftime with a 1-0 lead.  In the second half, the kiddos effort level even kicked up a notch.  They scored with a few minutes left in the game to close out the scoring.  The defense was impenetrable.  The Rush had two-three good opportunities and that is it.  My opinion is that everything changed after that game.  The kids began to trust each other more and more. The sheer excitement when their teammates scored was noticeable.  The level of communication continued to get stronger and stronger.

The team played in three other tournaments in the spring and were reasonably successful.  They advanced to the round of each tournament.  More importantly, the team went on a run that was fun to watch. Over the next eight games, the won seven straight, with the only loss to the eventual league champions 3-2.

Memorial Day weekend, North Texas United FC played in the Dallas Classic League Division II qualifying tournament.  Last year, the team missed out on two opportunities, the last by one point.  This year, the team did not get a good draw; out of the three games, two of their games were against Classic league teams playing for their league lives; if they win, they stay in the Classic League.

The kids were nervous but nothing like last year. There seemed to be a quiet confidence about them.  Game one was against a team that the boys had lost against 7-2 and 4-2 in the past two years. They started slow….and then the quickest player on the team, Ryan, came off the bench to make a great play to get the first score and then another on a free kick!  Going into halftime, they had a great lead of 2-0.  They allowed a quick goal and everything seemed to tighten. Then they scored on a penalty kick and bumped the lead to 3-1.  My son Caleb scored a great goal with 15 minutes left to build an insurmountable lead, 4-1 (final of 5-2).  Huge win to start the tournament.

Game two was against another Classic League team. Tough game and it was a true battle. Down 1-0 at halftime, Caleb scored to tie…. but a questionable offside call occurred, and they lost by the same score. Going into their final game on Memorial Day, they placed themselves in a great position: win and they are in.  Tie or lose and they have potentially one more chance the next weekend.

Monday, it seemed all of the kids went to bed early. This was easily the most important game of their young lives.  Caleb, my son, had a strong quiet confidence about him.  He was nervous but excited.  11:45 am game, right at the most humid point of the wonderful North Texas heat.  The team started out strong, with great effort and good teamwork.  Esau, the other team captain (my son Caleb being the other) scored an early goal…but the defense allowed the equalizer.  1-1 tie at halftime.  A tie for the boys is as good as a loss for the boys.  They knew they had to win to advance.

North Texas United FC brought a ton of effort and communication to the second half.  You could feel the intensity on the field.  They dominated the second half.  The Dallas Kicks had one shot on goal in the second half.  The game was played on their end over 80% of the second half.  However, none of this really matters unless NTXFC scored.  With 14 minutes left, there was a corner kick that deflected off the goalkeeper.  Esau tapped it in and the lead was theirs!  The rest of the game was a defensive struggle…. but the final whistle sounded, and you could see the joy and relief on the players’ and Coach Luis Hernandez’ face.  A young club team just accomplished their main goal!

By reading this, I am sure you can understand the pride and joy I have for this team and, selfishly, my son Caleb.  The morale of this story: invest in your kids and they will never forget the opportunity they have been given.  No…but that is pretty good.  No matter the level, no matter the age, any team can be successful.  The hallmarks of any successful team:

What does this lead to?  The most important aspect of any successful team – TRUST! Without trust, no team can be successful.  Without trust, teammates naturally focus on themselves and thus teamwork is not optimized. We are all excited about the future of these boys in their first season in the Dallas Chamber Classic League Division II!